Embarking on a new Adventure

For my seventh birthday I received my first sewing machine and have been sporadically stitching up a storm since. Yes, sporadically. Its one of those things that happens when I become inspired by something I've seen but don't want to pay the exorbitant price.
OK so, I've never actually sewn clothes, unless it was a gathered skirt with an elastic waist or pantaloons, and have mostly made pillows, drapes, and little crafty things. If the truth be known I'm intimidated by the thought of sewing a zipper, attempting to make button holes, and where in the world to place a dart. Other than that I'm pretty comfortable sewing just about anything. 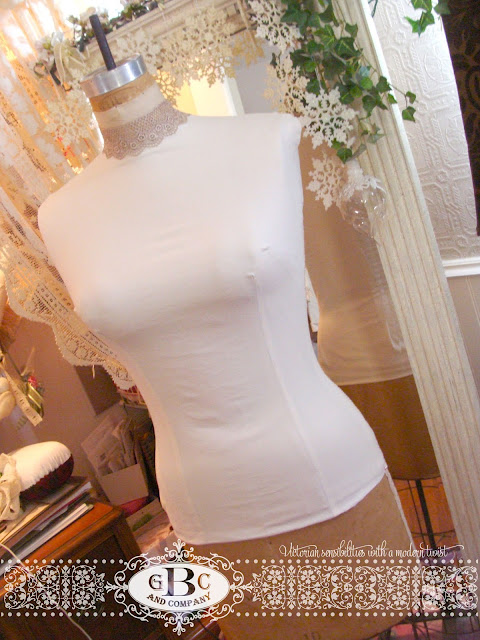 About a year ago I discovered costume blogs. Did you know there were such things in the blog world? Neither did I, but let me tell you, I was so excited to find this other realm that I became completely obsessed. I merrily hopped down one rabbit trail after the other in search of costume inspiration, and the more rabbit trails I hopped down the more excited I became. Finally I'd found that there are other people on this planet who enjoyed playing dress up as much as I.
About the same time I started volunteering at a local historic park and needed an appropriate costume to wear...that's when my research began!!  While looking on-line for patterns.

When Mademoiselle overheard me having a conversation about this new adventure she begged to be included. Of course I was hesitant at first, as she tends to be a costume hog and covets all my best pieces, however after much convincing on her part I agreed that she could come along for the ride...or more appropriately, the fittings.
We would have to start with a new covering since her old one was stained and embedded with rusty nails. And then there is the other problem...while she and I were born on the same year and are both the same size, as you and I well know, a size 10 then is not what it is now.
Do I expand her waist or diminish mine? This is a difficult question to answer so we will ignore it for the time being and carry on with our plans. 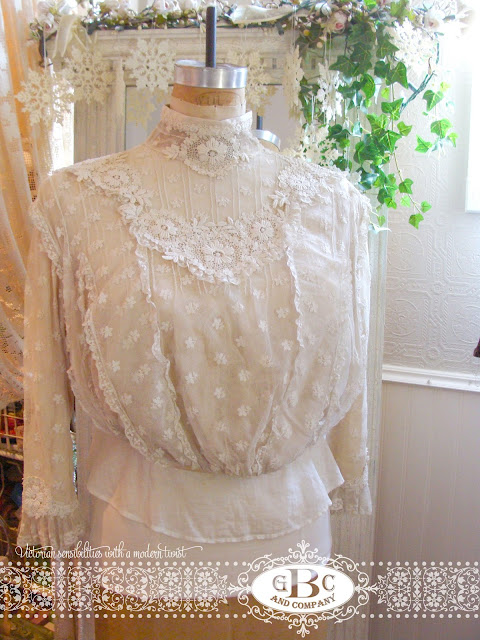 I have this gorgeous Edwardian blouse and once Mademoiselle's new covering was stitched together and sewn in place she insisted on trying it on. HA! it didn't fit her either...so sorry Mademoiselle!
I bought it on a whim, knowing I would never be able to wear it but loved all its delicate details. The inside lining is made of the most fragile silk and is in terrible condition while the outer lace is perfect except for one spot on the neck and a few rust marks from the hooks. 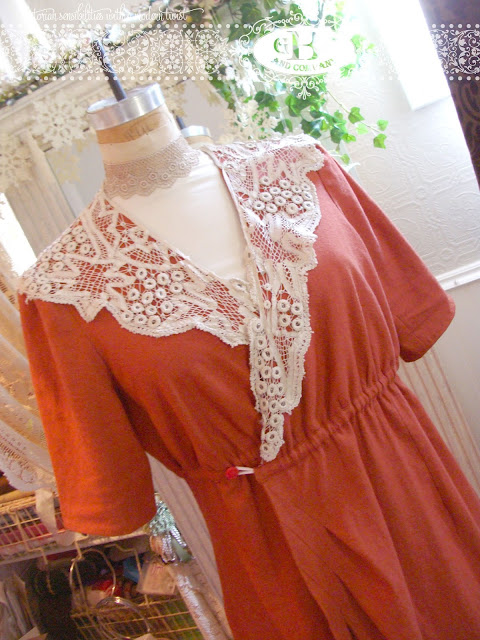 So the two of us began our adventure and this is our current project. It's based on this pattern and for some insane reason I decided to do my own thing by reworking it. Uhm, not too smart on my part. I turned it into a wrap dress to eliminate the side zipper, which caused more problems than I ever imagined. Plus the pattern was too large and since I'm just learning to fit garments I had to modify it yet again, which explains the drawstring around the waist.

Am I done with the dress (or should I saw we)? Not quite, but we're almost there. I still have to make a belt, add some lace to the sleeves, and figure out what to do for the collar. For now the White Ladies Edwardian collar will suffice. 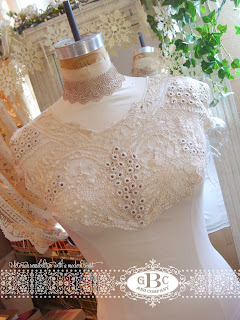 After so many years Mademoiselle was more than excited to have the stolen collar back from the White Lady, but why the two of them insist on wearing it backwards is beyond me. I guess it's because they can't see :-D.

I'm pretty intimidated by zippers and buttonholes!
That Edwardian blouse is really something else. So pretty!
Hope you are able to finish the dress!

Hi Ellen B.,
I'll get it finished sometime soon, but I think I'm stalling because my next project is a corset 😳.

Oh Cori, how beautiful!!! I need to get using my two new sewing machines. Thank you for the inspiration.

Hello Darling Deb, I think it's been forever since you've blown kisses my way...thank you for blowing them in my direction.
You have two new machines?? You need to start stitching up a storm!
Big Hug!
Cori

Gorgeous clothes and garments! I adore your orange Edwardian dress! Love it!

Thanks Old Fashoin Girl! My husband calls it my 6 month dress since it took about that long to finish, lol! 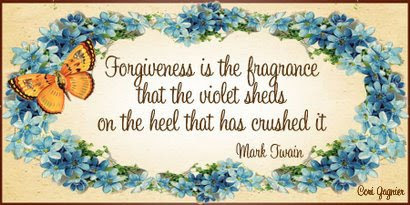 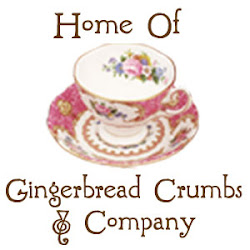 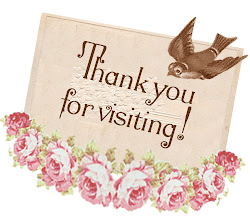 I always love hearing from friends... 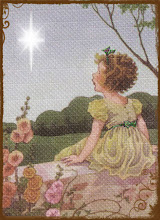 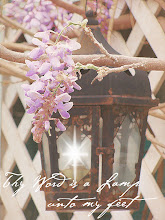 is a Lamp unto my feet 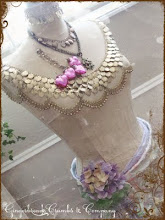 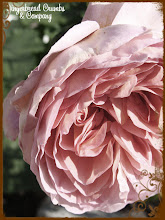 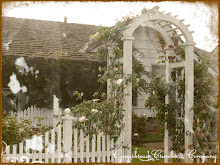 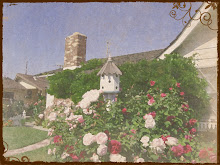 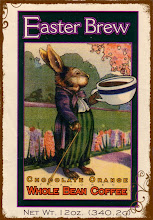 If I were a faerie I would be named...

Your fairy is called Thorn Rainbowtree
She is a fortune bringer.
She lives in brambles and blackberry bushes.
She is only seen when the first leaves fall from the trees.
She wears purple and green like berries and leaves. She has multicoloured wings like a butterfly.
Get your free fairy name here! 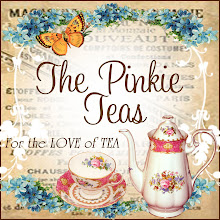 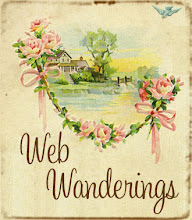 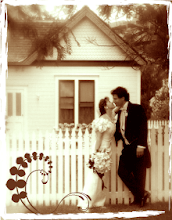 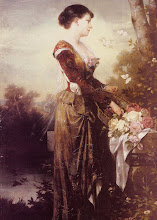 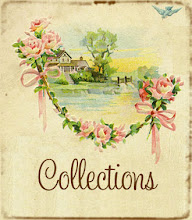 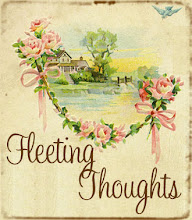 It's the most Delectible Delightful Event of the YeAr! 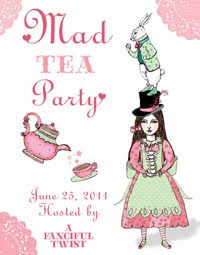 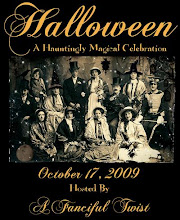 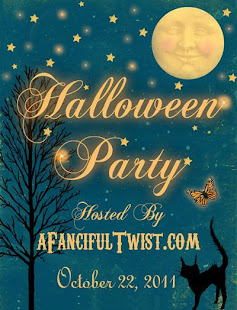 Oh Dear! I forgot to add a link so here it is 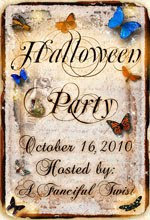 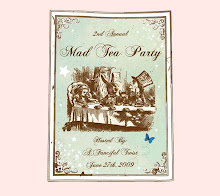 How Sweet the Sound 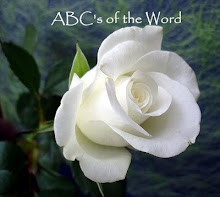